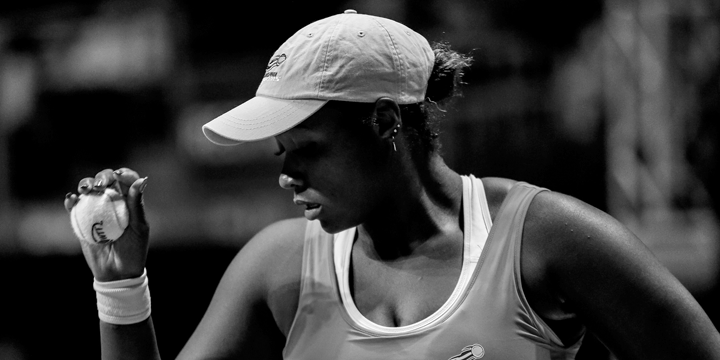 LAS VEGAS – The Vegas Rollers pushed one of last year’s finalists to the brink for the second straight night, only to fall short again. One day after losing to defending champion Springfield in an epic match that was decided by a tiebreak, the Rollers fell to last year’s runner-up, as the Philadelphia Freedoms escaped Orleans Arena with a 21-18 victory on Sunday.

Feliciano Lopez made a successful team-debut with the Freedoms, as he defeated Vegas’ Sam Querrey in the final set, to help Philadelphia secure the win and improve to 6-1. It marked the second time Lopez helped defeat Vegas in the final set, after his set-tiebreak victory in the season-opener gave Orlando a 21-20 victory.

The #WTTMainEvent lived up to the hype! @VegasRollersWTT 🎲 and @PhillyFreedoms🔔 put on a heck of a show in the Entertainment Capital of the World! #WTT2019 pic.twitter.com/F9GOhzHIz2

“This format is always epic … it was all or nothing and I’m very happy, I think it was a good match overall,” said Lopez, who was acquired from Orlando in a trade on Saturday. “Sam was serving really good, and me too, so I knew it was gonna be one or two points that would make the difference. I somehow found a way to win the match.”

The Freedoms have now won six straight since a season-opening loss to Springfield.

Vegas, which dropped to 2-5 this season, opened the match with a 5-3 lead, when the mixed doubles team of Monica Puig and Bob Bryan defeated Fabrice Martin and Raquel Atawo. The pairs held serve over the first seven games before the Rollers broke serve in the eighth game to take an early lead in the match.

But Philly responded quickly with a women’s double shutout, when Atawo and Taylor Townsend blanked Harriet Dart and Asia Muhammad, 5-0, despite a first-serve percentage of 47 percent. Atawo and Townsend broke serve three times – in the second, fourth and fifth games – and scored 20 of the 29 points in the set.

It also marked the second straight match Dart and Muhammad were shutout in a women’s doubles match, after losing Saturday to Springfield’s Abigail Spears and Anna Blinkova.

“That’s a very, very tricky situation; but these are our players we have to use moving forward and what you don’t want to do is crush their confidence,” Vegas coach Tim Blenkiron said. “I do believe in those girls. I don’t know if it was Vegas, the bigger venue, Asia playing at home, but they’ve been playing great. I have 100 percent confidence putting them together.”

Philadelphia continued to roll, as Martin and Adrian Mannarino defeated Mike and Bob Bryan in men’s doubles, 5-4, after taking the tiebreak (5-4). The Freedoms benefited from their duo’s 19-for-19 showing on winning its first-serve points, led by Martin, who punched in 91 percent of his first serves.

Puig survived her women’s singles match, as she defeated the combination of Danielle Collins and Townsend, 5-3, helping the Rollers draw closer and put them in contention for the final set. After Puig won four of the first five games and broke Collins’ serve twice, Philadelphia coach Craig Kardon substituted in Townsend, who won the next two games. But Puig won the eighth game to give her the set.

“Danielle is a great player, she hadn’t had time to adjust,” Kardon said. “Monica and Danielle play the same game style. Danielle, I think is a bit better, normally. But today she was a slow start. I knew if I put Taylor in that her game style would be tougher for Monica to adjust to.”

Philadelphia will look to extend its win streak to seven and it continues its four-match road trip Monday in San Diego, and two more on the road before returning home on July 26.

Puig wrapped up her two-match stint with the Rollers and will return to tournament-mode as she prepares for the U.S. Open by playing in the Citi Open in Washington D.C. Puig quickly turned into a fan favorite, as she became one of the more valuable assets in the Rollers’ lineup with her poise, especially under pressure. Saturday night her 5-1 victory over Blinkova brought the Rollers within two, at 15-13, and put them in position to pull off an upset of the defending champs. Sunday it was the 2016 Olympic gold medalist’s nerves of steel that kept her focused against Collins and Townsend and allowed her to pull out a 5-3 win and once again bring the Rollers within two, at 16-14.

“There’s something different about the vibe when you play with a team, you really feel their support, you know that you’re not alone on the court,” Puig said. “Tennis is such a lonely sport, so anytime that you can have a group of people that just want you to win, that want you to do your best, it makes it feel even more special.”

Per Blenkiron, the feeling was reciprocal, as he had one message for her at the conclusion of Sunday’s match: “She got done and I said, ‘don’t you dare go and play for any other team next year.’ “

WTT CEO Carlos Silva made his first appearance in Las Vegas to see one of the league’s newest franchises, and said he was enthused by the tennis community’s support after the Rollers’ first two home matches, which tallied a total of 4,683, an average of 2,341. The Orleans Arena capacity for World Team Tennis is roughly 3,500.

“You’ve seen what’s happened here in Vegas with the Golden Knights, and this weekend had that same feeling,” Silva said. “I couldn’t believe how many people were here supporting the Vegas Rollers. It was awesome. I was surprised at how great it was, but I kind of had this feeling that the Vegas tennis community was gonna support this. They’re already supporting sports in such a big way; we knew it would all come together.”

The Rollers return to action on Tuesday at 10 p.m. ET/7 pm PT on ESPN+. Vegas hosts the New York Empire in a rematch from July 16. New York won the first meeting, 24-16. Follow results on WTT.com/schedule or VegasRollersTennis.com. The match will be broadcast on ESPN-plus and WTT.TV.

The Freedoms leave Vegas and head to San Diego to face the Aviators on Monday in a 10 p.m. ET/7 p.m. PT match at Omni La Costa Resort and Spa. The Freedoms won the first meeting, on July 15, a 25-11 victory in Philadelphia. Follow results on WTT.com/schedule or PhiladelphiaFreedoms.com. The match will be broadcast on ESPN-plus and WTT.TV.