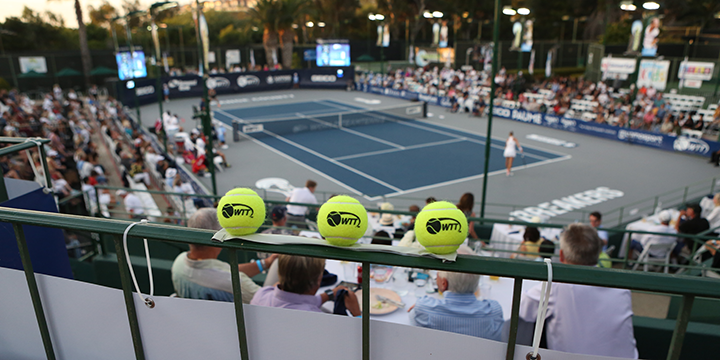 RANCHO SANTA FE, Calif.  — World TeamTennis announced its 2020 schedule ahead of its 45th season, adding the Chicago Smash to the premier team tennis series. The WTT regular season calendar will showcase nine teams and 63 matches over 19 consecutive days from July 12-30.

“After what was undoubtably the league’s most successful season by many metrics, World TeamTennis continues its positive growth in 2020 with additional expansion for our 45th season,” WTT CEO Carlos Silva said. “In announcing our season schedule, as well as player signings, earlier than in past years, there is an entirely new groundswell of excitement from fans of our nine teams, and for team tennis as a whole, during this time of year.”

Chicago is World TeamTennis’ third expansion franchise in the past year. The addition of the Orlando Storm and Vegas Rollers grew WTT from six to eight teams in 2019. Last season also saw the creation of a four-team WTT Playoff, which will return in 2020 to the Orleans Arena at The Orleans Hotel & Casino in Las Vegas, home to the Vegas Rollers, for the second consecutive year with WTT’s semifinals set for Aug. 1 and the WTT Final on Aug. 2.

Though WTT’s 2020 regular season broadcast schedule will be announced at a later date, select World TeamTennis matches will be broadcast on CBS and CBS Sports Network and other matches will be streamed online at ESPN+ and WTT.com, the league’s official website.

In 2020, WTT is increasing its prize money to a record $5 million and an added $1 million awarded in WTT Playoffs compensation, including a $500,000 bonus to the team hoisting the King Trophy on Aug. 2.

Among the four matchups on WTT’s Opening Night on July 12, the 2018 and 2019 WTT champion Springfield Lasers begin their quest for a three-peat in hosting the Vegas Rollers. Also, the New York Empire, which advanced to the WTT Final for the first time in its four-year history in 2019, play on the road at the Washington Kastles.

The next two nights pit Springfield in a home-and-home series against its new geographic rival, the Chicago Smash. The Lasers host Chicago on July 13 before the teams reunite for the Smash‘s home debut at the University of Illinois at Chicago’s Credit Union 1 Arena on July 14.

WTT’s Southern California rivalry renews on Opening Night as Orange County drives down Interstate 5 to play San Diego at Omni La Costa Resort & Spa in Carlsbad, Calif. The teams reverse course the next night, July 13, and compete at Breakers Stadium in Newport Beach, Calif. Orange County also hosts San Diego on July 28. The Breakers beat the Aviators in the 2017 WTT Final a year after the Aviators downed the Breakers in the 2016 WTT Final.

Philadelphia and Washington play three times in six days. Washington, six-time WTT champions in seven years from 2009-2015, hosts the Freedoms on July 15 before 2019 WTT regular season champion and 2018 WTT runner-up Philadelphia entertains the Kastles in its 2020 home opener the next night. The teams meet up one last time on July 20.

Highlighted matchups (match and broadcast times TBA) for the 2020 World TeamTennis season include:

WTT introduced professional team tennis in 1974, with Billie Jean King serving as its co-founder. WTT is one of five active U.S. pro sports leagues which has been in operation for over 40 years, along with the NFL, NBA, NHL and MLB.