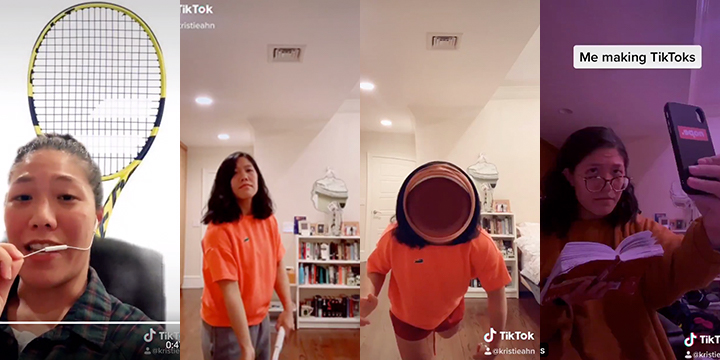 Kristie Ahn will make her WTT debut in the 2020 season with the Vegas Rollers, joining a star-studded team that features Mike and Bob Bryan, Sam Querrey and Asia Muhammad. But right now she is trying to make the best of a terrible situation, as the world reacts to life with the Coronavirus.

Her TikToc game is as strong as her serve. We welcome Kristie to the #WTTFamily!

If you look closely, there is still a scab from when I last hit my shin serving at IW125 🤦‍♀️ pic.twitter.com/jRupMyStrY

What’s up with tennis players and our obsession with towels anyway? pic.twitter.com/aFNJHnhiYP

The thigh slap is scientifically proven to have magical powers 🔮 pic.twitter.com/mUs7aTuzun

We know all about this “It’s only allergies!”

This is the corona content you’ve been looking for.
Based on a true story: pic.twitter.com/Qh5Wt8S5rL

We won’t tell Coach Tim or Coach Redfoot about this!

Here she is breaking down your racket game.

What your tennis racket says about you / your game:

If you wanna demo any of these frames, make sure to check out @tenniswarehouse 😉 pic.twitter.com/o6iX8Q3QG7